Having been around for some 250 million years, cockroaches are among the world’s oldest creatures. Highly adaptable and built for resilience, they’ve withstood the dinosaur extinction and are even known to have survived atomic bombs - and now, these critters find their way into millions of homes in the United States each year. 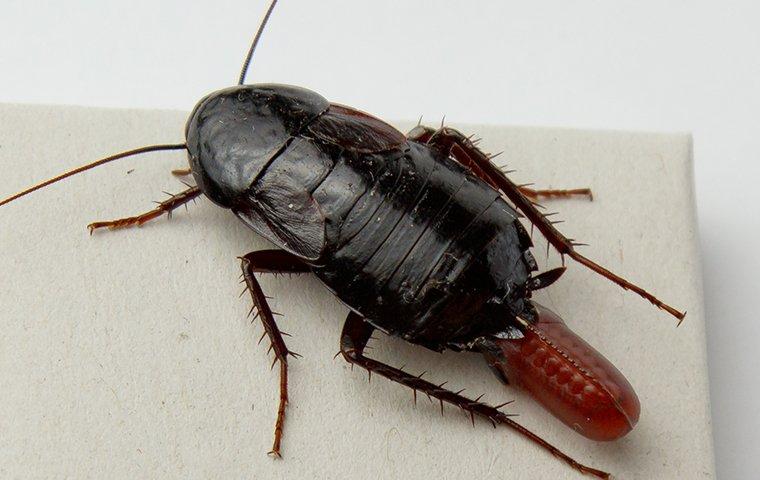 In Omaha, if you’re experiencing a roach infestation, the culprit is likely the Oriental cockroach, the only roach in the state of Nebraska that can survive the harsh winters and the drier conditions indoors. Commonly referred to as “water bugs", this roach species has a high need for moisture and may be found in areas such as leaky pipes, in shower and bath stalls, and in and around toilets.

Though associated with lack of cleanliness, contrary to popular belief, having cockroaches in your home does not necessarily mean it’s dirty, as even the tidiest homes attract roaches in search of food and water.

Dangers of Having Cockroaches in the Home

Cockroaches have many nifty abilities, one of them being the capacity to run up to three miles per hour. What this means for homeowners is that they can quickly spread disease-causing bacteria throughout homes and living spaces. Cockroaches are associated with the spread of more than 30 diseases, including E. coli and salmonella, which cause food poisoning and dysentery, cholera, and typhoid fever. These bacteria are spread through cockroach feces and saliva, which contaminates food if accessible and surfaces. Cockroaches inadvertently pick up these bacteria from feeding on filthy food sources, such as trash and human excrement, and carry them elsewhere.

Droppings, shed skin, and roach body parts are also known to trigger allergic reactions and asthma attacks in young children - so the faster you can rid of these unwanted pests, the better. Unfortunately, being such hardy creatures, cockroaches are also tough to get rid of. Among their aptitudes are their ability to hold their breath underwater for up to 30 minutes, survive a week headless, and live without food for a month. They’re also known to hide in various home areas and multiply quickly, and are resistant to most over-the-counter insecticides.

Signs That Cockroaches May Be Invading Your Home

Cockroaches are nocturnal, so you’re more likely to see signs of them before you spot an actual roach. If you suspect you may have a roach infestation, here’s a few telltale signs you’ll notice:

If you suspect or see cockroaches in your home, it’s best to call the pest control professionals at Beeline Pest Control - and we’ll “kick them out” so you don’t have to. We offer high-quality professional services in Omaha that are guaranteed. Call us today for a free estimate.